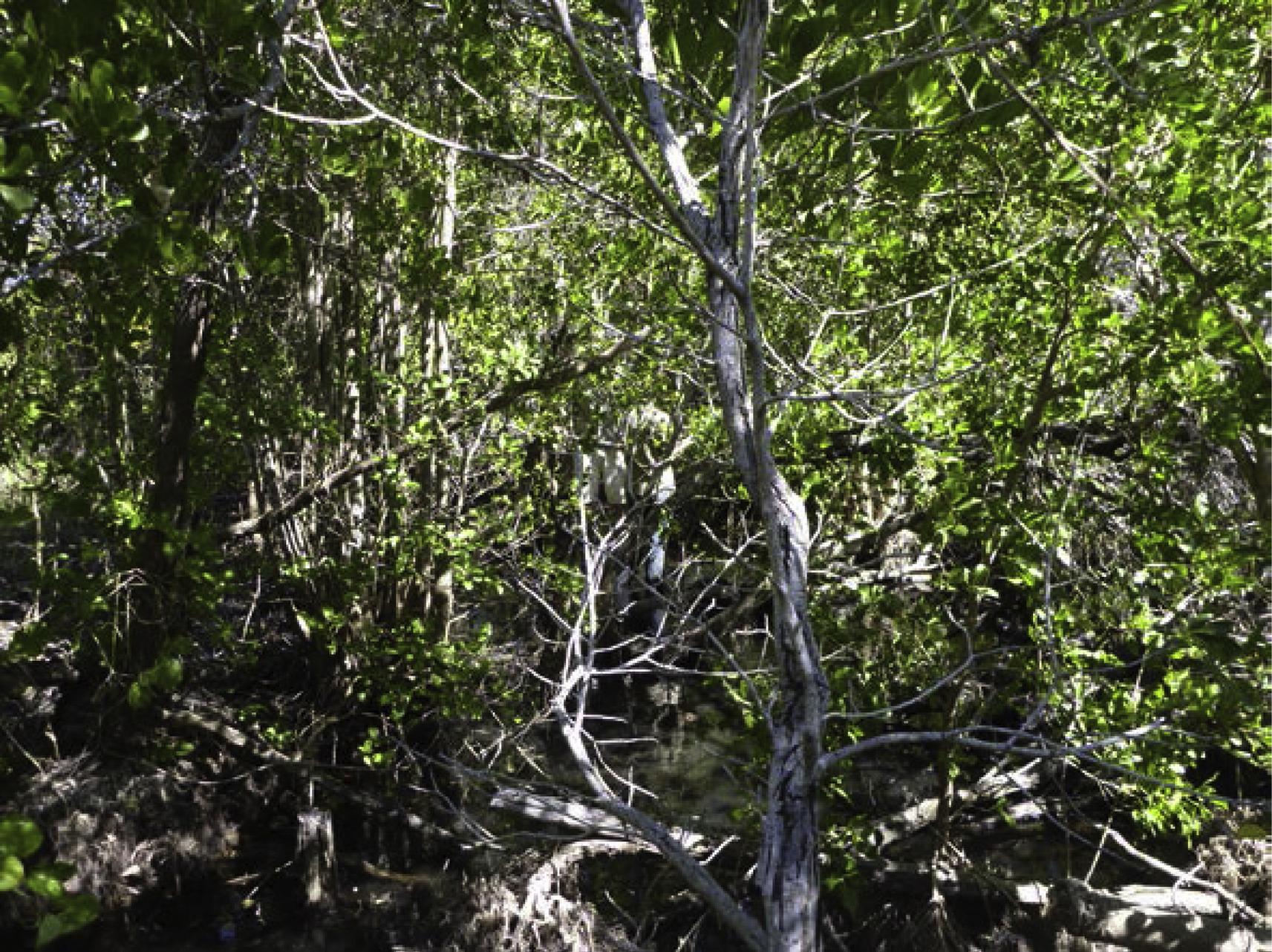 Environmental context for human occupation of the South Wellesley Archipelago

A 2400-year record of environmental change is reported from a wetland on Bentinck Island in the southern Gulf of Carpentaria, northern Australia.

Three phases of wetland development are identified, with a protected coastal setting from ca. 2400 to 500 years ago, transitioning into an estuarine mangrove forest from ca. 500 years ago to the 1940s, and finally to a freshwater swamp over the past +60 years. This sequence reflects the influence of falling sea-levels, development of a coastal dune barrier system, prograding shorelines, and an extreme storm (cyclone) event. In addition, there is clear evidence of the impacts that human abandonment and resettlement have on the island's fire regimes and vegetation. A dramatic increase in burning and vegetation thickening was observed after the cessation of traditional Indigenous Kaiadilt fire management practices in the 1940s, and was then reversed when people returned to the island in the 1980s. In terms of the longer context for human occupation of the South Wellesley Archipelago, it is apparent that the mangrove phase provided a stable and productive environment that was conducive for human settlement of this region over the past 1000 years.